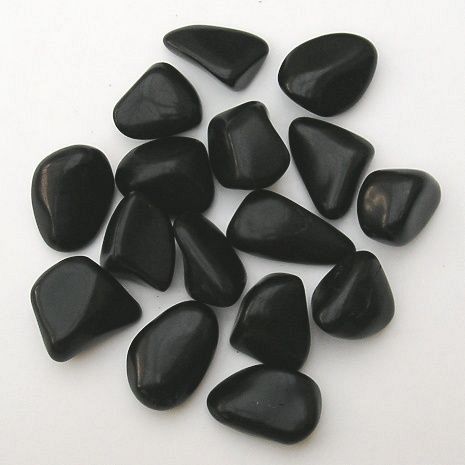 Jet is a black or dark brown variety of coal called lignite. It is a combination of carbon plus hydrocarbon compounds with a hardness of 3 to 4. Its name is believed to be derived from the name of the town and river Gagas in ancient Turkey, where it or a similar material was found. Jet was formed by the lithification of submerged driftwood in sea-floor mud. Jet jewelry was produced in Britain as long ago as 1500 B.C., and the ancient Romans imported Jet jewelry made in York. Jet carvings were used as talismans and for mourning in fourteenth- and fifteenth-century Spain. Native Americans from Alaska to South America used Jet as decoration in pre-Columbian times. In Victorian England, Jet was widely used in mourning jewelry, rosaries, crosses and carvings.

For those interested in the activation of the powers of magic and interaction with the forces of the elements, Jet can be an aid and a protector. It assists in raising one’s shakti and allows a portion of that fiery energy to be consciously directed by the will. It helps one to draw on the Earth energies and to channel that powerful flow into one’s desired directions. This consciously directed energy can benefit any aspect of life, from the cosmic to the mundane, from spiritual insight to financial abundance. At the same time, Jet is a neutralizer of negative energies, clearing one’s energy field of all disharmonious vibrations.