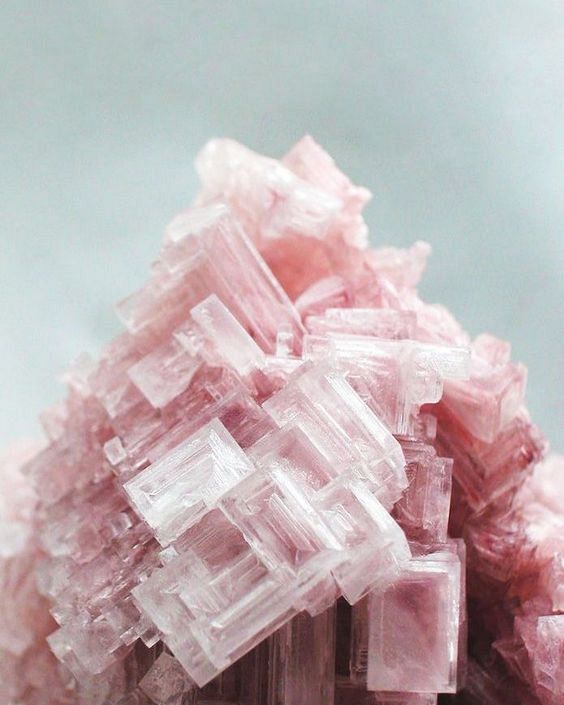 Rose Quartz is a member of the Quartz family, a silicon dioxide crystal with a hardness of 7. Its crystal system is hexagonal (trigonal). It usually occurs in massive form but sometimes grows in clusters of small prismatic crystals. Its name is derived from its color, which ranges from very pale pink to deep reddish pink. Its clarity can range from opaque to translucent to transparent, although most transparent pieces are rather foggy. Rose Quartz is the quintessential stone of love— love for oneself, one’s life partner, children, family, friends, community, the Earth, the Universe and the Divine. Rose Quartz helps dissolve one’s boundaries of isolation and mistrust and moves one into the sense of union with the All that is the essence at the core of the heart. Healing the heart of its wounds and reawakening its trust is one of Rose Quartz’s gifts. Its soothing vibrations are a balm to the emotions, and they calm and cleanse the entire auric field. It engenders the release of tension and stress, the dissolution of anger and resentment, the dispelling of fear and suspicion, and the rebirth of hope and faith in the benevolence of the Universe. Rose Quartz is clearly feminine in tone.

Its love vibrations can penetrate down to the cellular level, reprogramming the cells for joy and longevity rather than despair and death. This reprogramming capacity is the source of the healing potential of Rose Quartz.