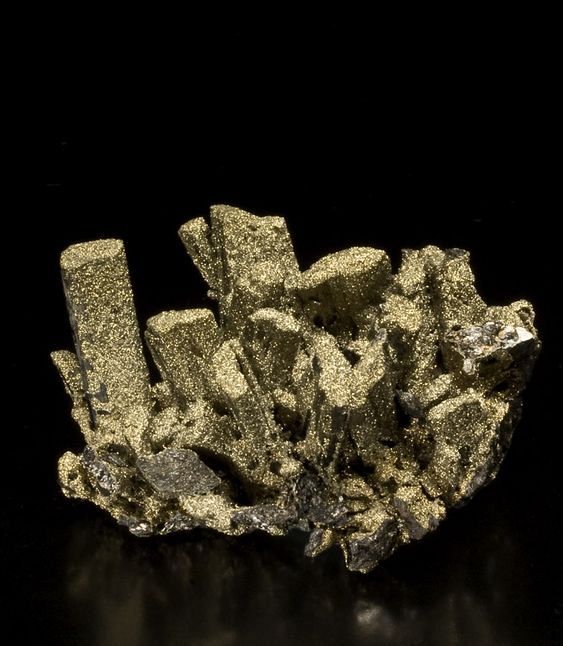 Marcasite is an iron sulfide mineral with a hardness of 6 to 6.5. It is chemically identical to Pyrite, but it is lighter in color. Its crystal growth habits are different, and it decomposes more easily. Its color is brassy yellow to silverish yellow and it crystallizes in a variety of forms, including pyramidal and tabular.
Marcasite assists one in perceiving the limitations keeping one from moving ahead on one’s spiritual path. It can reveal destructive or counterproductive patterns of behavior and is helpful in recovery from addictions, as it aids in taking responsibility for one’s actions. Because of its iron content, Marcasite is grounding, magnetizing one’s energy into the physical. It enhances strength and stamina and helps one build discipline around physical activity. Its sulphur content activates the Fire element and helps burn off blockages and stimulates stagnated areas of the energetic and physical bodies. Marcasite can purify the aura and remove constricting patterns in the chakras and is extremely useful in cleansing auric debris and psychic or entity attachments. It can be used as a protective stone, as it prevents psychic leaks and holes in the aura from becoming infected with stray energy or entities.
SPIRITUAL
Marcasite promotes self-direction and the willingness to take charge of one’s life. It assists in determining a direction or goal and in perceiving and taking the steps necessary to achieve it. It helps one to create and to organize one’s thoughts and actions.